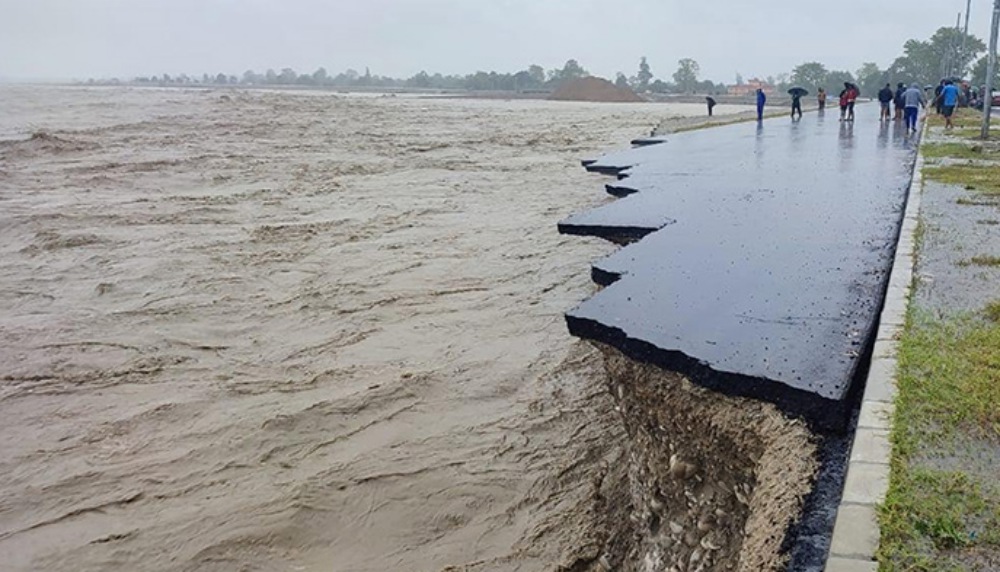 Thirty-one people have so far lost their lives in natural disasters across the nation following incessant rainfall.

Similarly, 43 people of different districts have gone missing in the disaster landslide, flood and inundation, as per the latest details of the Home Ministry.

According to the Chief of Disaster Management Division of the Home Ministry, Humkala Pandey, 22 people were injured in such incidents of natural disaster.

As per the details, seven people were killed in Ilam, six in Panchthar, seven in Doti, six in Dhankuta, two in Sunsari, and one each in Kalikot and Dadeldhura.

Similarly, 43 people of different districts including six in Humla, 23 in Bajhang and four in Kailali have gone missing in the landslide, added Pandey.

A total of 700 people were rescued so far in various districts. Nineteen districts of the country have been affected due to landslide, flood and inundations read the details.

Karnali and Sudurpaschim Provinces have witnessed some improvement in weather as the rain causing system has shifted towards eastern part of Nepal from Tuesday night.