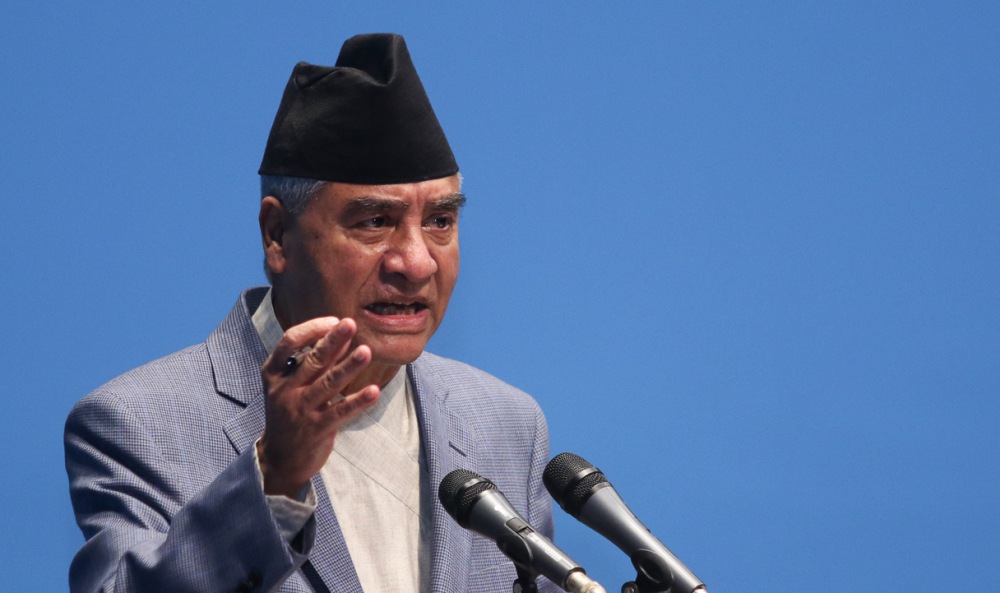 Prime Minister Sher Bahadur Deuba has given the full shape to his cabinet after around three months of the formation.

The cabinet expansion was delayed due to different reasons including the legal status of the newly formed CPN-Unified Socialist and a lack of understanding among members of the ruling coalition.

Deuba initially had appointed four ministers and five members of the cabinet including himself had been administered the oath on July 13. Following that, Deuba had appointed one state minister and one cabinet minister, making the cabinet size into seven in total.

But, on Friday, Deuba appointed 15 ministers and three state ministers, making the number 25, the highest allowed by the constitution for the federal cabinet, informs the President’s Office.

Here is the full list of the ministers according to their rank.